The World Meteorological Day 2021 was observed in the country as elsewhere in the world on Tuesday, focusing on the role of people to protect the ocean.

The World Meteorological Day 2021 was observed in the country as elsewhere in the world on Tuesday, focusing on the role of people to protect the ocean.

The ocean drives the world’s weather and climate and anchors the global economy and food security.

Climate change is hitting the ocean hard, but also increasing hazards for hundreds of millions of people, said a release of World Meteorological Organization.

This year’s World Meteorological Day on 23 March is devoted to the theme “The ocean, our climate and weather.”  It highlights how observations, research and services are more critical than ever before for more than 70 percent of the Earth’s surface which is simultaneously increasingly vulnerable and perilous. 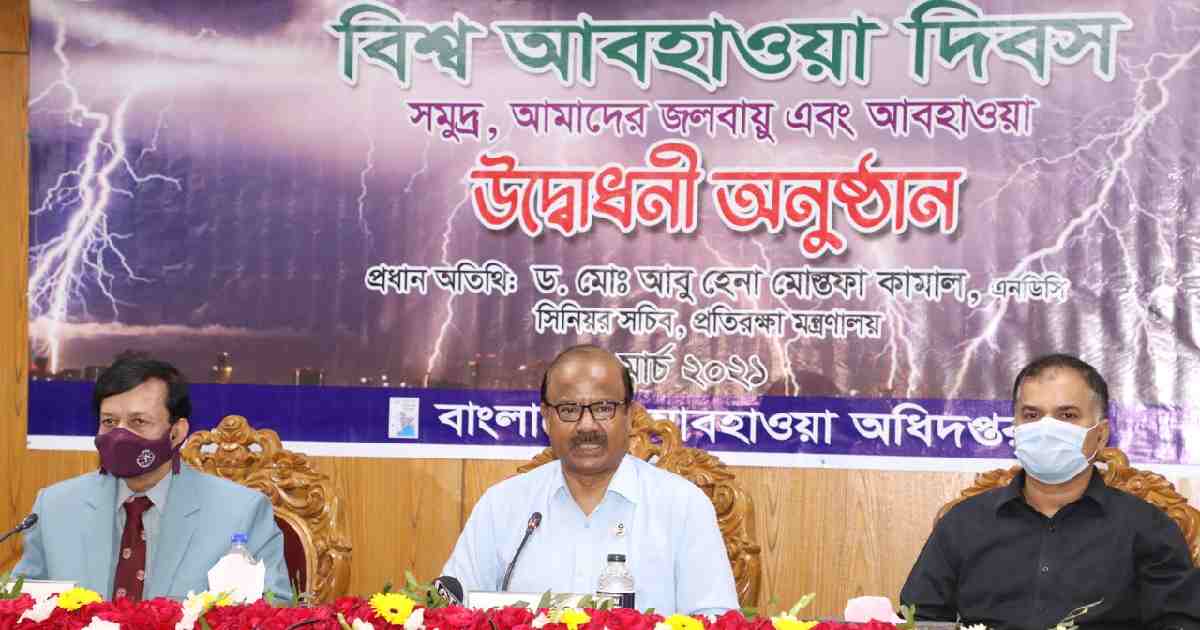 The ocean acts as the Earth’s thermostat and conveyor belt. It absorbs and transforms a significant portion of the sun’s radiation hitting the Earth’s surface and it provides heat and water vapour to the atmosphere. Enormous horizontal and vertical ocean currents form and circulate this heat around the planet, often for thousands of kilometres, thus shaping the Earth’s weather and climate on global and local scales.

In Bangladesh, the day was observed with holding different programmes at Bangladesh Meteorological Department (BMD) Headquarters in the capital, said an ISPR media release.

Senior Secretary of the Ministry of Defence Dr. Md. Abu Hena Mostafa Kamal inaugurated the observation of the day there, while officials and staff from the ministry and BMD were present.

The Officer’s Association of BMD has arranged a technical session at the end of the inaugural ceremony.

In observance of the day, an exhibition of meteorological instruments was also arranged from 3:00 pm to 5:00 pm at the BMD Headquarters maintaining the rules of hygiene.

Climate Challenge: Kerry due Friday to have discussions with Bangladesh

PM calls for unity in war against nature

Don’t use weather as a basis to relax COVID-19 control measures: WMO