The Sundarbans, the world's largest mangrove forest of which more than half lies in Bangladesh, once again acted as a natural barrier protecting the country from the worst effects of Cyclone Yaas, as it has done countless times before. Yet this protection comes at a cost, as the forest ecosystem must bear heavy damage each time to both its flora and fauna.

At least 6 deer, alive and dead, were recovered until Thursday as they came floating along the flood waters from the forest, a day after rthe cyclone made landfall. For two days, the entire mangrove remained inundated in saline water pushed in by tidal waves that reached over 5-feet during the high tide.

Read Yaas leaves behind Tk 60 crore worth of damage, losses in Khulna

Experts fear for the rich biodiversity of the forest as salt water may remain for quite some time before being absorbed into the soil, turning the land saline too.

“Through a long adaptive process wildlife has survived in Sundarbans but the biodiversity will be affected as their food and habitats have been destroyed,” said Dr. Md Anwarul Islam, professor of the Zoology Department at Dhaka University.

“Remaining submerged in saline water can hinder reproduction as well as other diseases to the animals,” he said.

The southwestern mangrove forest formed on the Bay of Bengal has been working as a buffer between the coastal population and many catastrophic cyclones that ravage the region every year. Cyclones Aila, Bulbul, Sidr, Amphan and most recently Yaas all at first rampaged the Sundarbans and then weakened as they reached further into Bangladesh. 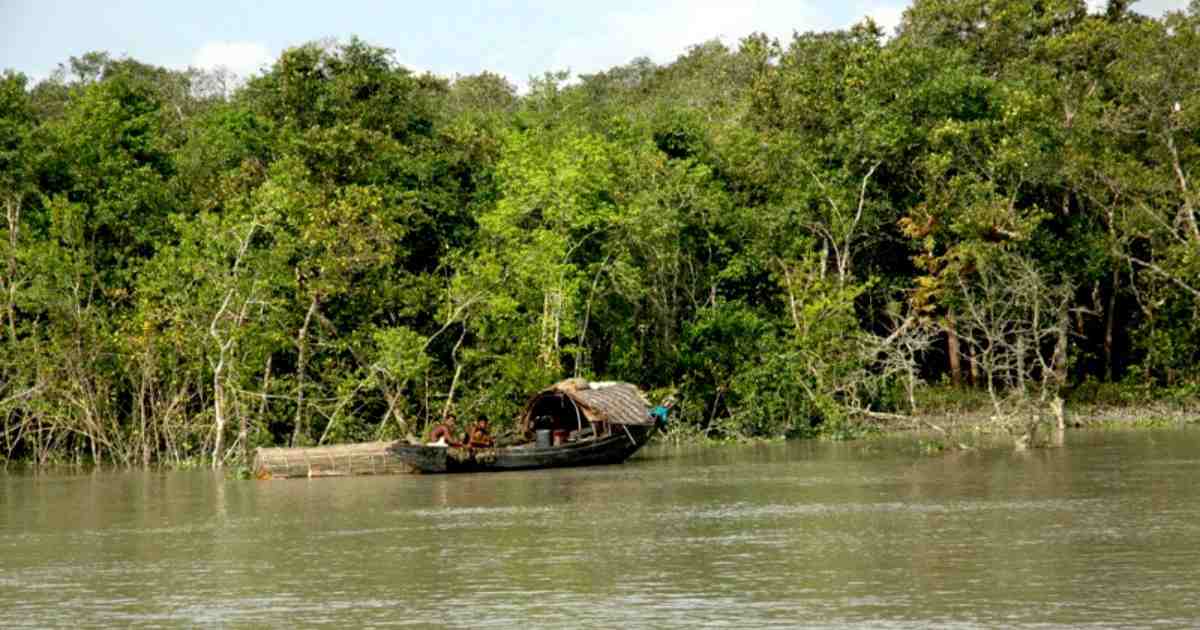 Sundarbans, the largest mangrove forest in the world

On Wednesday, water level in the inland rivers and canals in the swamp forest rose 5 feet over the normal level.

Jahangir Jamaddar, from Chaltebunia village of Sharankhola upazila, told UNB he saw a wild boar drifting toward the forest during high tide.

Read Yaas: How Bhasan Char prepared for the cyclone

Meanwhile, of the six rescued deers, 4 were alive and have been released into the forest, said Sundarbans east divisional forest officer MD Belayet Hossain.

“Climatic change has increased the number of storms and tidal waves of this stature,” said Dr. Mahmud Hossain, researcher and Vice Chancellor of Khulna University.

“It takes usually 25 years for a forest to get back to its previous state after a calamity but Sundarbans hardly gets the time as such cyclones have become more frequent in recent years,” Prof Mahmud said.

Many animals were seen taking shelter at the high banks of the ponds as water level rose, he said.

For future calamities like this, Forest Department is planning to build high ramparts for the wild animals to take shelter, said Md. Amir Hossain.

However the amount of casualties caused by Yaas to the wildlife is yet to be ascertained, said the DFO.

Yaas leaves behind Tk 60 crore worth of damage, losses in Khulna

Will do everything to keep Sundarbans safe: Minister

Yaas: How Bhasan Char prepared for the cyclone