T20 WC: Bangladesh advance to Super 12s as Group B runners up

In the last match of Group B in Round one of the ongoing T20 World Cup, Scotland beat the hosts Oman, and thus Bangladesh advanced to the Super 12s as the runners-up of Group B.

Scotland became the champions of Group B and advanced to the Super 12s B 1. They will now join India, Pakistan, New Zealand, Afghanistan and A 2 in Group 2 of the Super 12s phase. 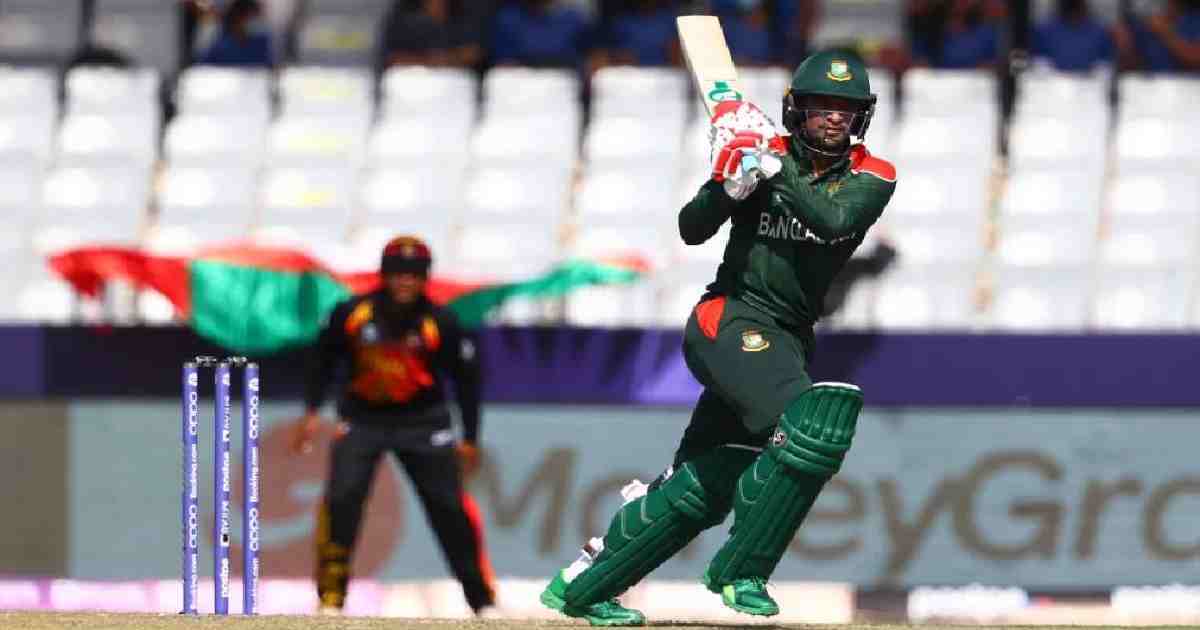 Bangladesh will join England, Australia, South Africa, West Indies, A1 in Group 1 of the Super 12s phase of the T20 World Cup. In the first match on Thursday, Bangladesh beat Papua New Guinea by 84 runs to confirm a place in the Super 12s. On the same day, Scotland beat Oman by eight wickets to be the Group B Champions.

After all matches of Group B in Round 1, Scotland secured the highest point with three wins in three matches, while Bangladesh won two out of three matches.

Opener Saif Hassan ruled out of Dhaka Test due to fever

T20 WC: Cornered Tigers eye to bounce back vs England